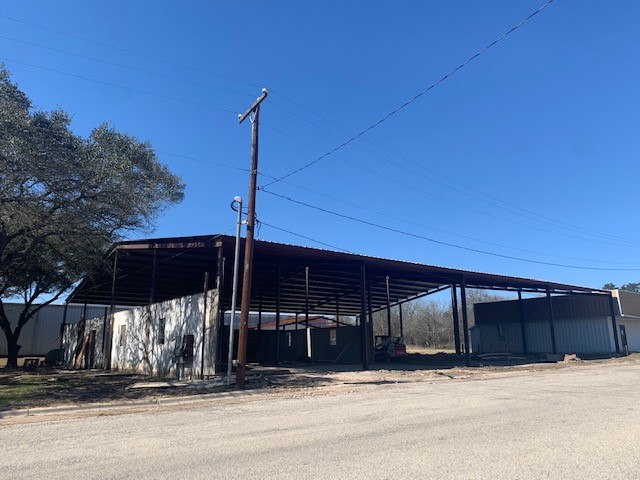 Giddings, TX (July 6, 2021) – With assistance from the Giddings Economic Development Corporation, custom fabricator Top J Metal Works is relocating and expanding its operations into Giddings.  The company, which has operated a small shop in Manor since its launch in 2017, has purchased a 36,000 square foot facility located at 645 Dallas Street in Giddings and plans to begin construction in March 2022.  The long vacant property, once home to a boat manufacturer and then Kaemark Salon Furnishings, will be subject to major upgrades to bring the building up to code, and improve workflow. Plans include upgrades to the utilities, demolishing an existing building, and raising the roof and connecting the remaining buildings to improve the workflow.

The Giddings Economic Development Corporation, with the approval of the City of Giddings, has agreed to provide the company with a $25,000 grant to upgrade the utilities and make other improvements to bring the building up to code.  The company will be provided an additional $15,000 incentive once it reaches a total employment of 14, or adds 7 new hires. The value of the project, including the purchase of the building and capital improvements, less payroll, is estimated to be approximately $1.5 million.  In addition to new jobs, this investment will bring additional property tax and utility revenue to the city.

“We’ve been working with Top J Metal for almost a year and were finally able to bring the project forward once the company closed on the building. We are excited to finally have reached this stage and for what this will mean to the city,” stated Tonya Britton, GEDC Executive Director. “The expansion is good for Giddings and it’s going to be good for the business by providing more floor space for machinery so that they can produce larger orders and larger warehouse space so that they can take advantage of quantity discounts in purchasing. It is less expensive to operate here than closer to Austin so the company will have better profit margins, and there is access to the highway and an international airport, which is important to the owners. The project is going to be a win-win for all involved,” she added.

With company revenue closing in on $1 million in just three years, managing partners Javier Alcocer, Jose Loredo, Javier Ortiz and Weihan Shi, have high hopes for the company’s future in Giddings.  “Capacity has been an issue for us. We’ve been turning down projects due to a lack of space,” says Alcocer. “With the expansion, we can take on more projects and expect to eventually have around 50 employees at this site.”   The company plans to expand its existing employee base from 7 to 14 within the first year of operations in Giddings, with an additional 14 added within two years.

The renovation of the Dallas Street facility is one of several in recent years to take place in the city’s southwestern quadrant and that support the expansion of good paying jobs in the crafts and trades. Within the past several years, the GEDC has provided incentives to food processor Paleo Powder, to Milligan Plumbing and to Air Conditioning and Electrical Services (ACES) for renovations to support business expansions, as well as to Lopez Automotive for an expansion and re-organization. “We’ve talked about projects along the Highway 290 corridor, but these projects are also important because these companies are making significant capital investment in long abandoned or blighted industrial buildings, while creating good paying, long-lasting jobs for Giddings’ residents,” Britton explained.

Nov 3 2021
Congratulations. Your business is growing! Revenue is up, and you just launched a new product that is flying off the shelves. The only problem is you need to hire more people and you have no place to put them. You have hired a site selector, and they have found th...Continue Reading

The Challenges of Renovating an Existing Facility Into a Food Plant

Nov 2 2021
Jeffrey Counsell’s article in Area Development, “Siting a New Production Plant: A Challenge Intensifies”, was an excellent discussion of a new dynamic in food plant site selection: avoiding second-generation food plants solely due to the potential risk of pathogens. I also teach this tactic of risk management. Early in m...Continue Reading

Nov 1 2021
Most businesses have not escaped supply chain challenges over the previous 12 months. When everyone expected COVID-19 to slow demand, it accelerated demand to a point where supply chains were stretched to their limits. But it not just COVID — the winter storm of 2021 reduced Texas’ capacity to refin...Continue Reading

The GEDC invests in projects that grow the economy and create jobs in Giddings, Texas. We are aggressively pro-business with a proven track record of helping businesses bring projects in on time and under budget.  Click the map below to see the projects we have supported and how they have positively impacted our community.

Find information on businesses in Giddings, TX using the map below. Local businesses are encouraged to use the map to share information such as their hours of operation and important updates.